This post is for those who have been following along since our original Weigh-In. The final Barbecue Bus weights were not quite what we expected. Rien's one day of suicide sprints in the Walmart parking lot was apparently enough to keep his metabolism going, so he actually lost weight. While I ate everything in sight and moved only when absolutely necessary, though still managed to gain just a few pounds. 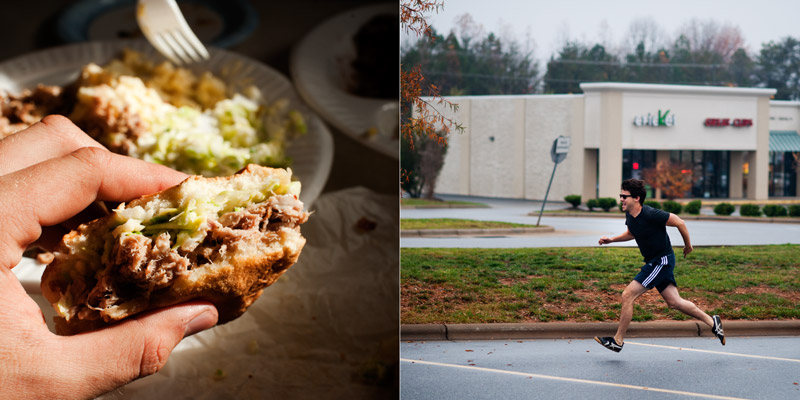