Sonny Conrad — Barbecue Center: When You Dip I Dip We Dip.

In Lexington, North Carolina barbecue eaters don’t squirt on sauce, they dip in dip.
At the Barbecue Center, as elsewhere around here, it’s a simple seasoning done right: vinegar-heavy, with ketchup, sugar, salt, and pepper. Throughout town, the self-proclaimed “Barbecue Capital of the World,” dip is kept heated in glass coffee pots, used as a bath for dunking hushpuppies, and mixed into the local “red slaw,” named for both its color and as a challenge to the white, mayonnaise-y stuff.

At the Barbecue Center, dip and red slaw appear alongside every sandwich and plate; it’s best ordered “brown,” a blend of hickory coal-crisp exterior skin and soft, smoky-grey white shoulder meat. In 1955, a teenage Sonny Conrad began working curb service here (40 percent of its customers still eat barbecue inside their automobiles). By 1969, Conrad would take a waitress, Nancy, for a wife and own the Barbecue Center for himself.

With his family urging him to retire, Conrad continues to oversee the weekly production of 100 gallons each of dip and red slaw. At the Barbecue Center, red slaw is a vegetable and dip transcends mere condiment status. Conrad tells a story about a customer whose operation left him with a jaw wired shut. The boy’s father brought him a pint of dip, stuck and straw in the crimson red liquid, and told him to drink deep. 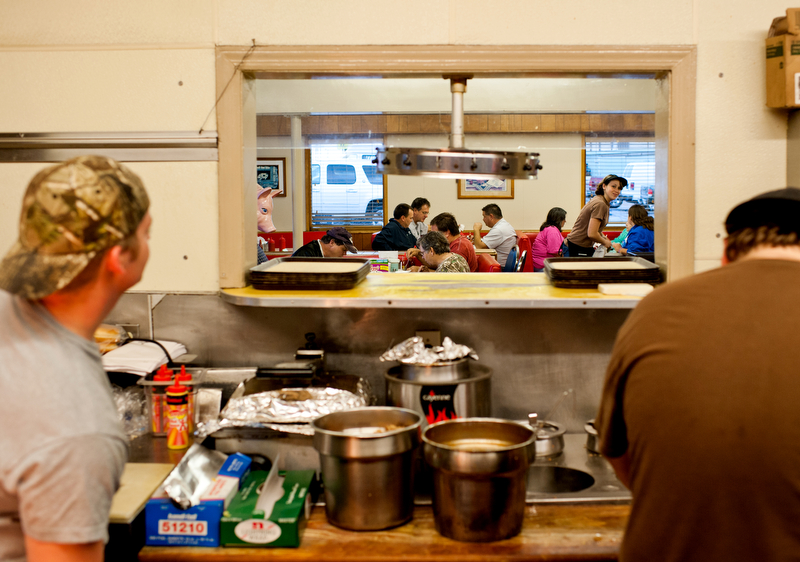 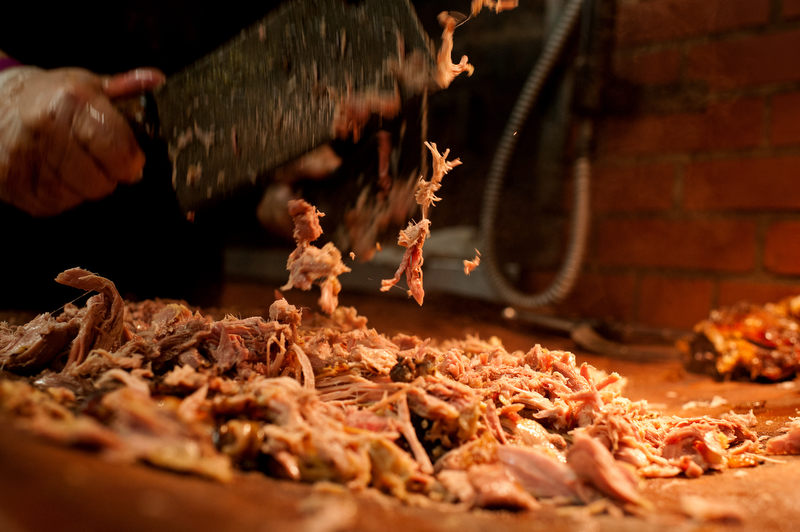 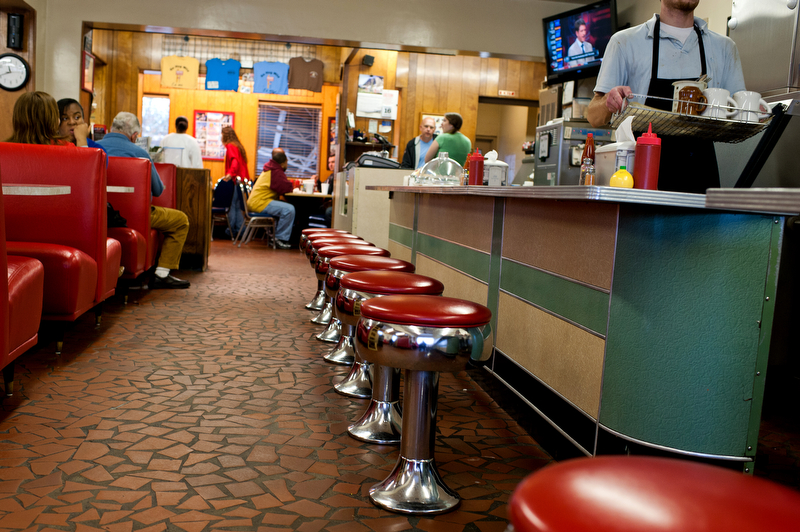 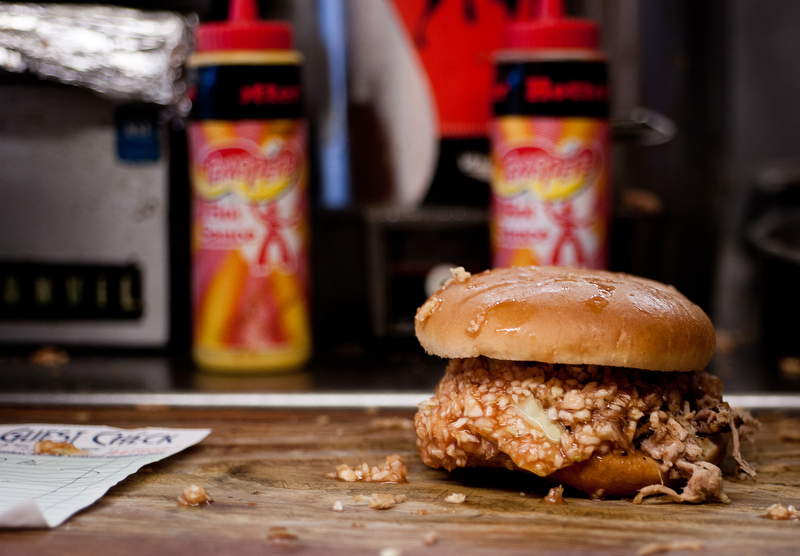 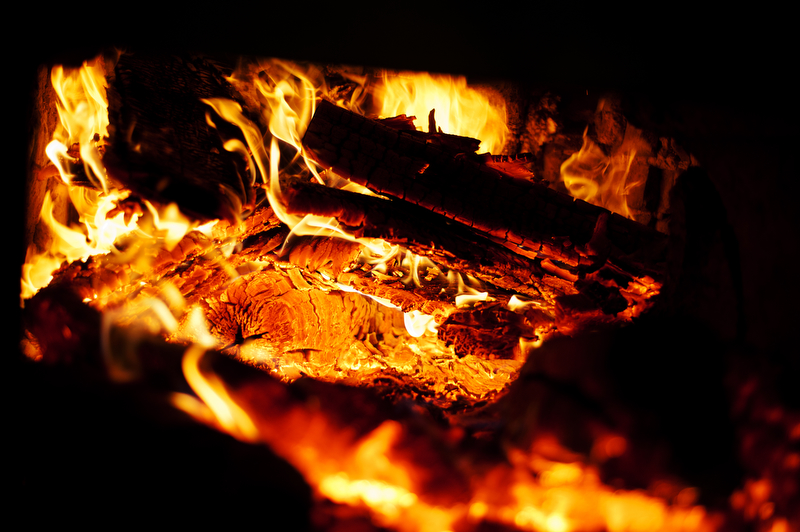 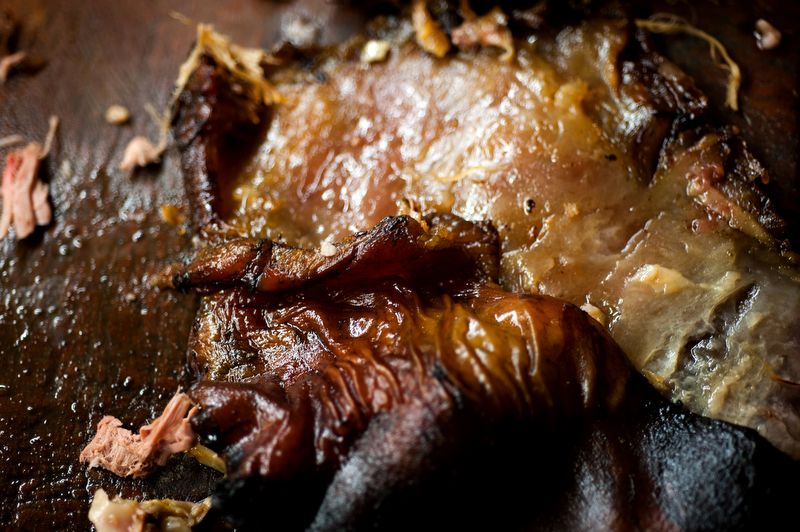 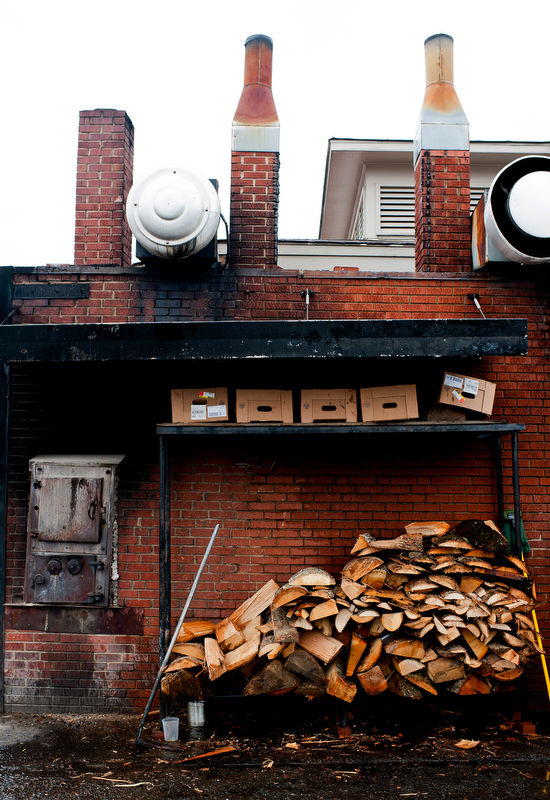 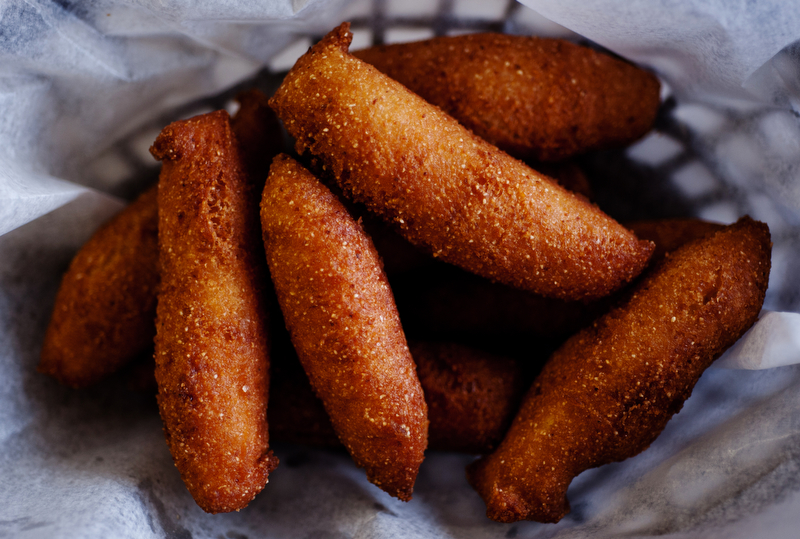 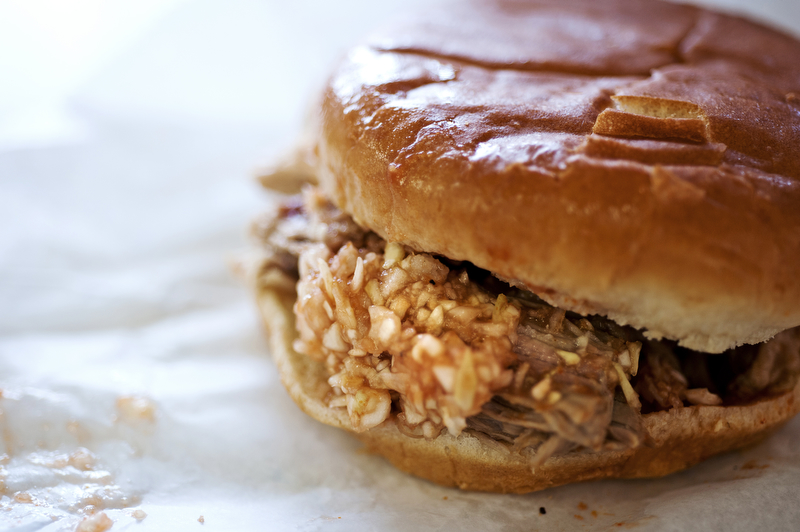 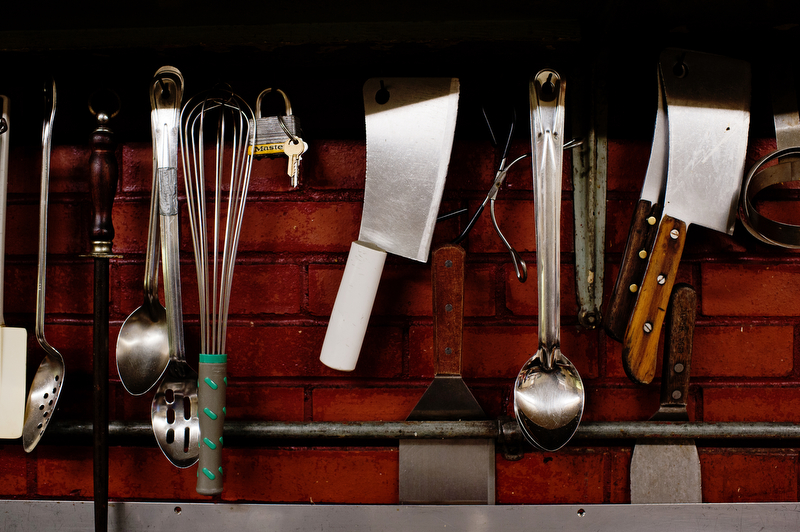 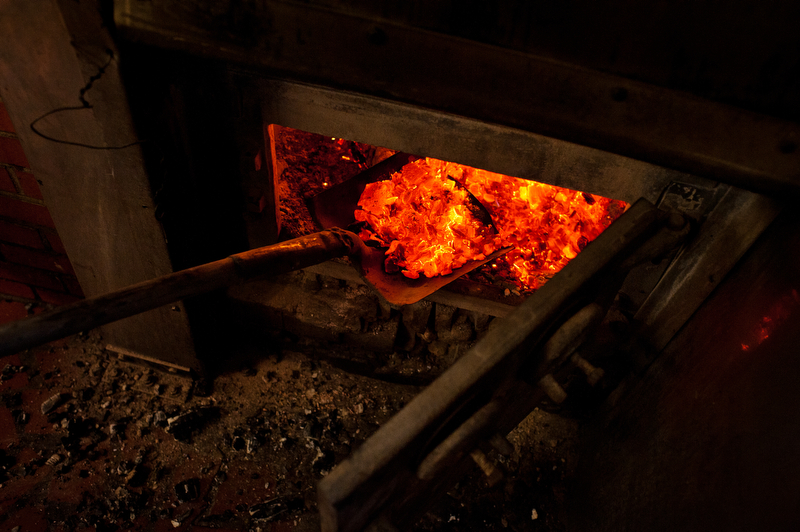 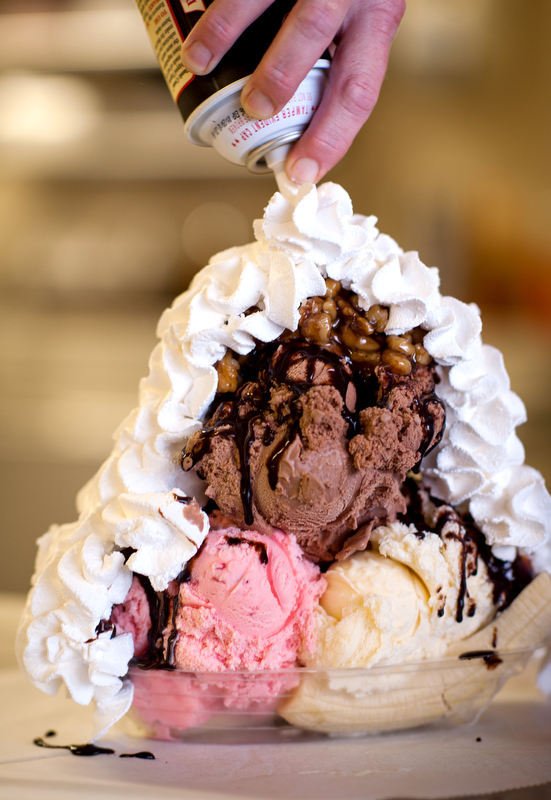 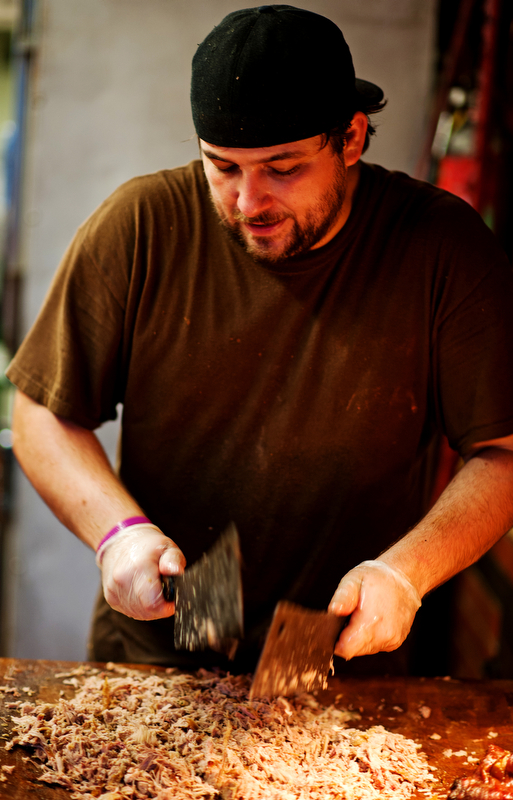 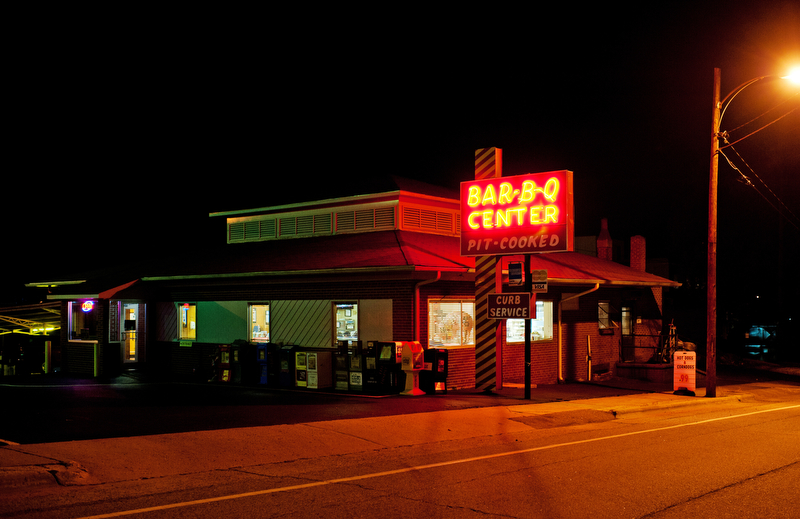