According to lore, the Dennis family follows a tradition set half a million years ago when man first roasted a wild animal over wood. Most of humanity quit smoking pigs and other creatures over burning embers, but “We just didn't never stop,” says Larry Dennis, manager and pitmaster at Bum’s Restaurant in Ayden. His father, the namesake “Bum,” opened his place back in 1963, thus placing himself in the innumerable company of Dennis barbecue masters.

Dennis history stakes claim to the nation’s first commercial barbecue establishment. In 1830, Skilton Dennis started selling smoked hog meat and cornbread out of a wagon. Founded a few decades earlier by another Dennis, the enigmatically-named Otter, the present town of Ayden begat more and more Dennises, most of whom seemed to possess, to quote a pamphlet from Bum’s, “that ‘gift’ with barbecue.”

Upon launching his own restaurant, Latham “Bum” Dennis made sure to serve up not just barbecue but also the country-style food enjoyed in, and gradually disappearing from, local household kitchens. Bum’s remains one of the only barbecue stops in Eastern North Carolina that stocks a buffet table of freshly prepared vegetable sides, including: Cabbage pastry, stewed rutabaga, black eyed peas, boiled potatoes, and collards—grown in Bum’s own garden. 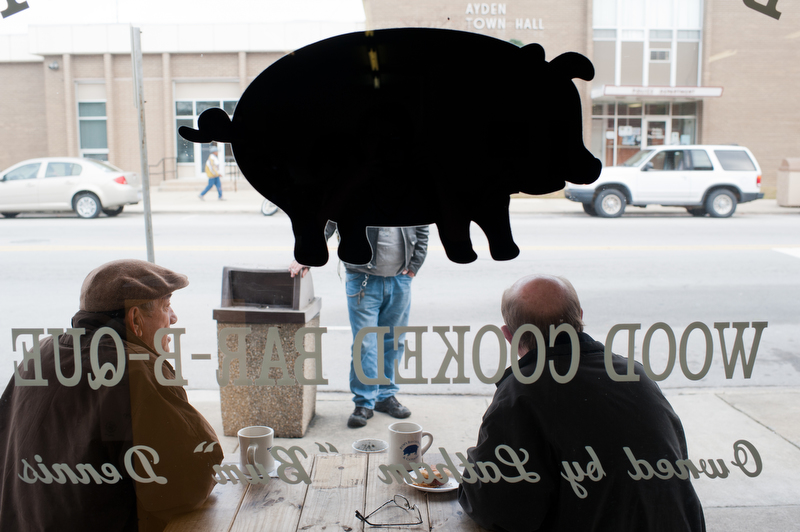 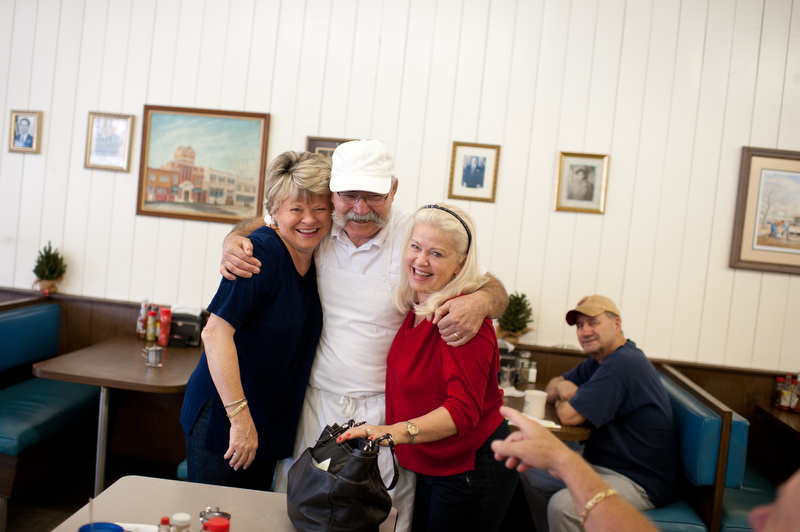 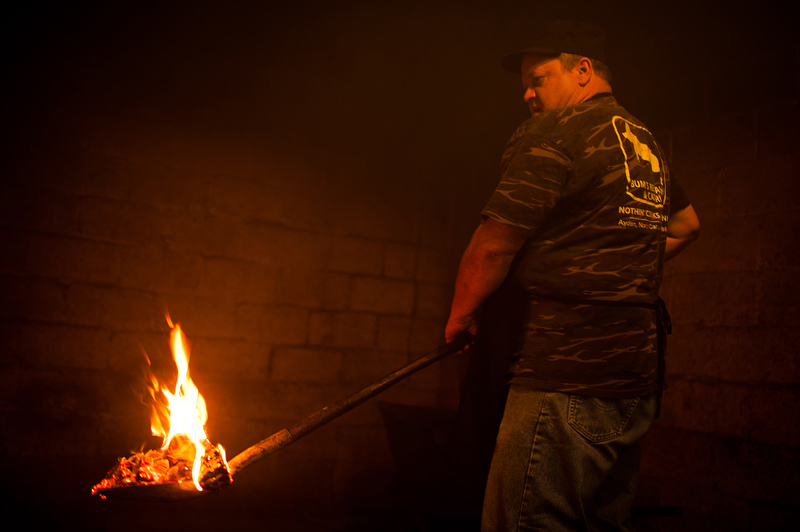 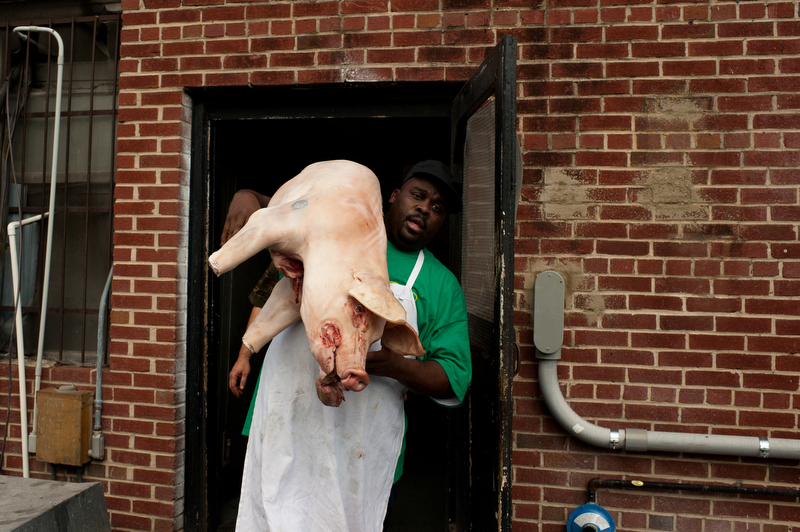 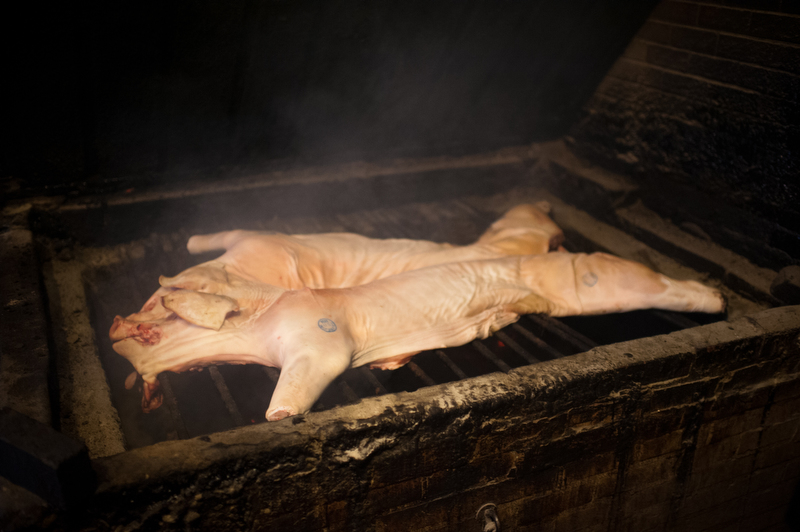 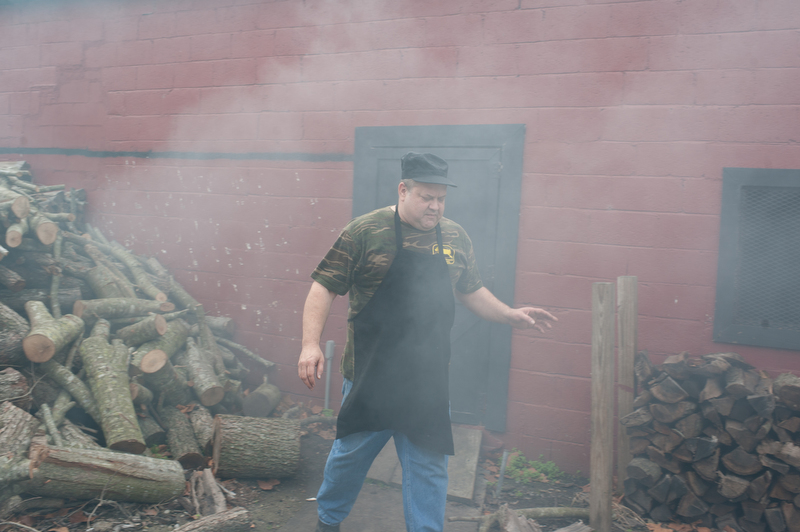 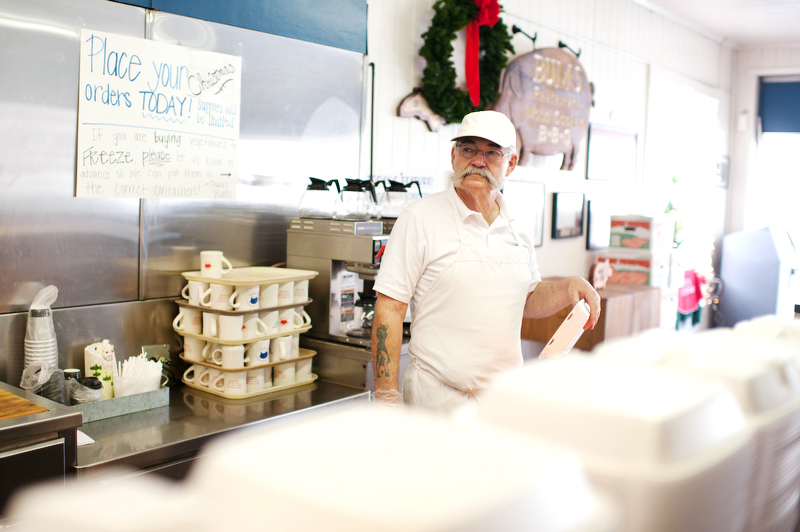 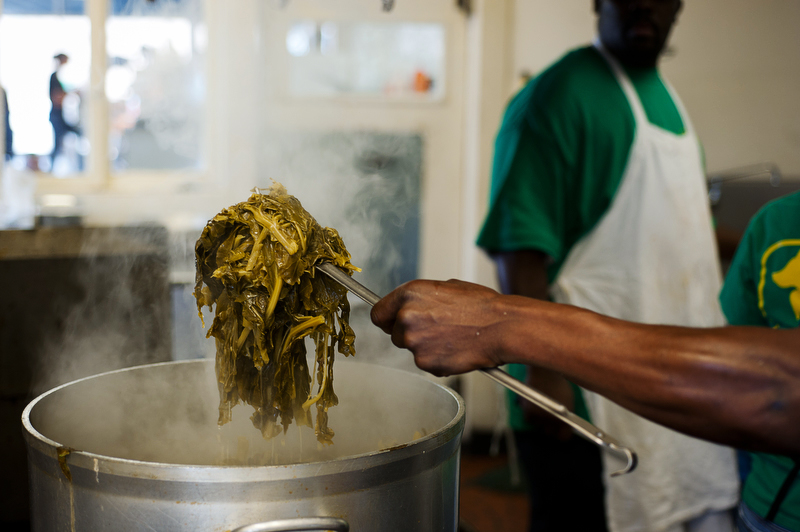 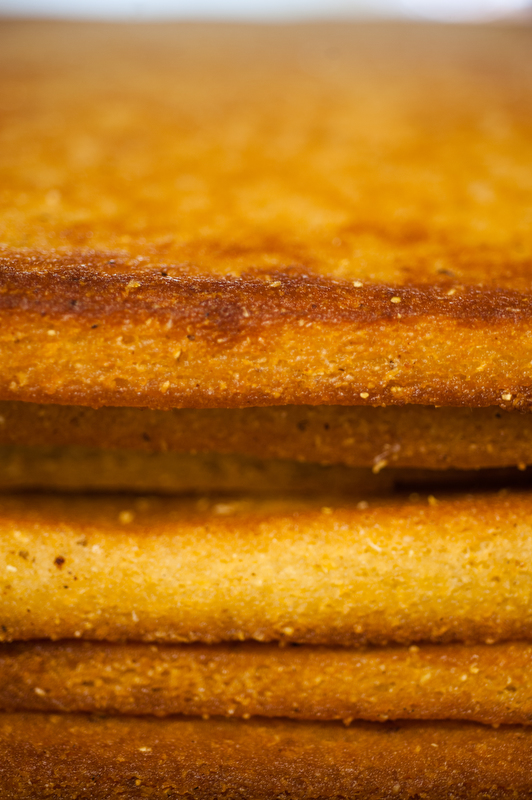 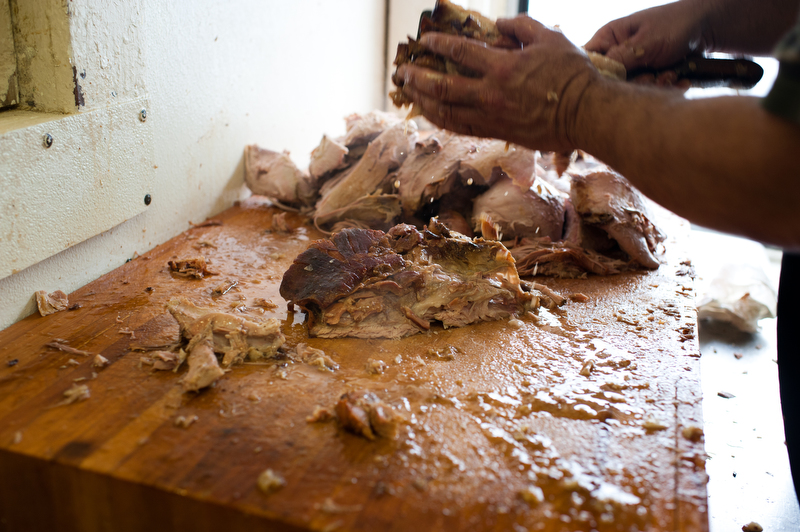 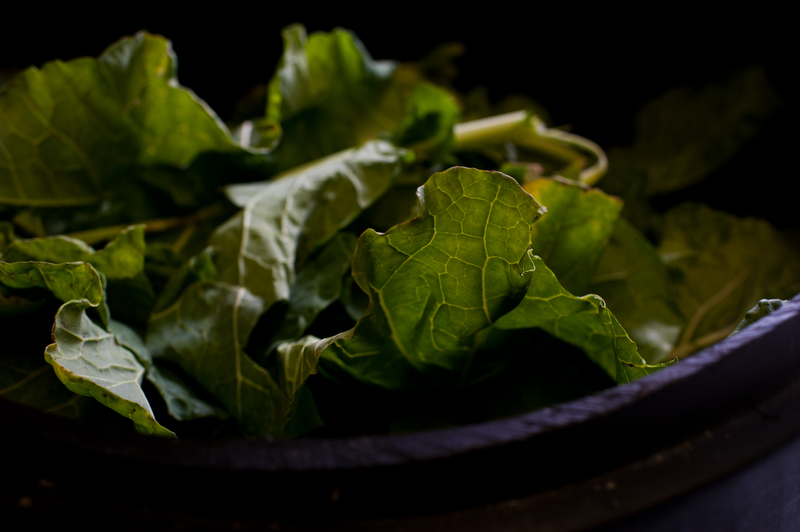 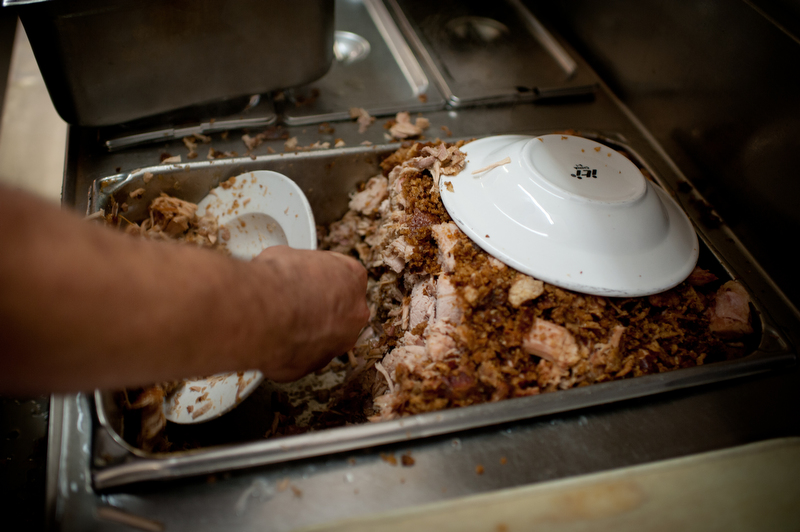 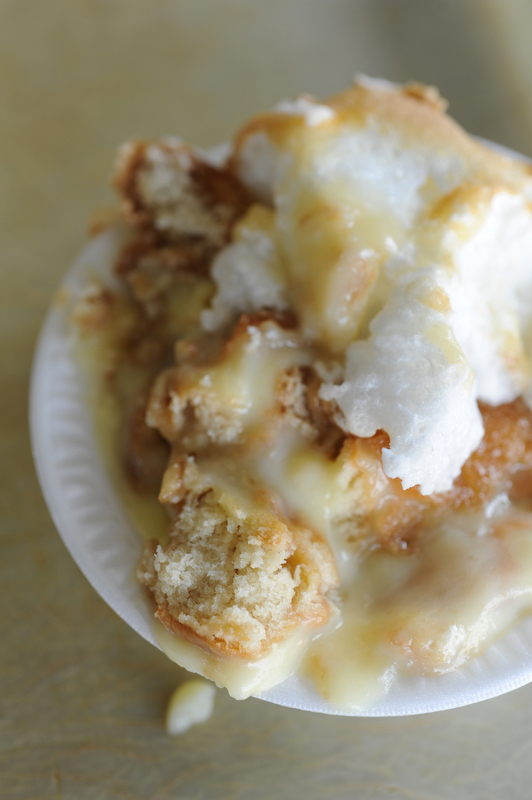 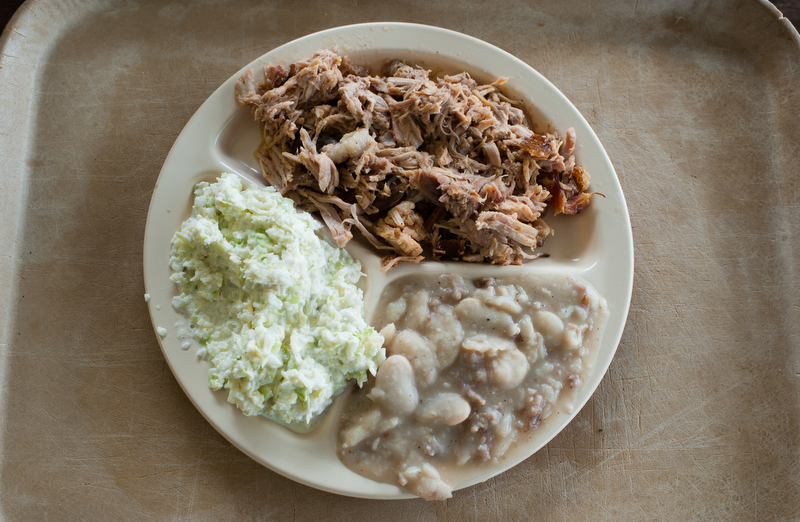 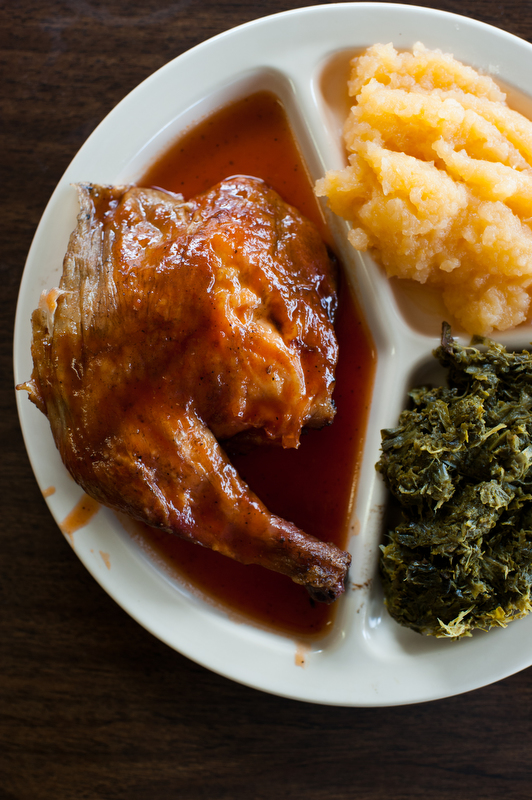 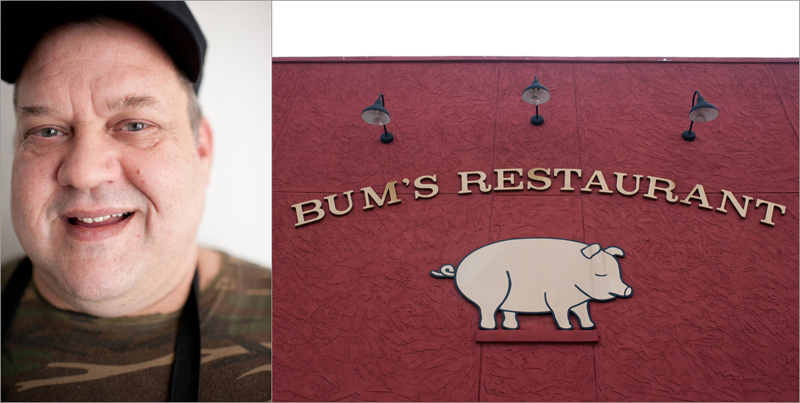 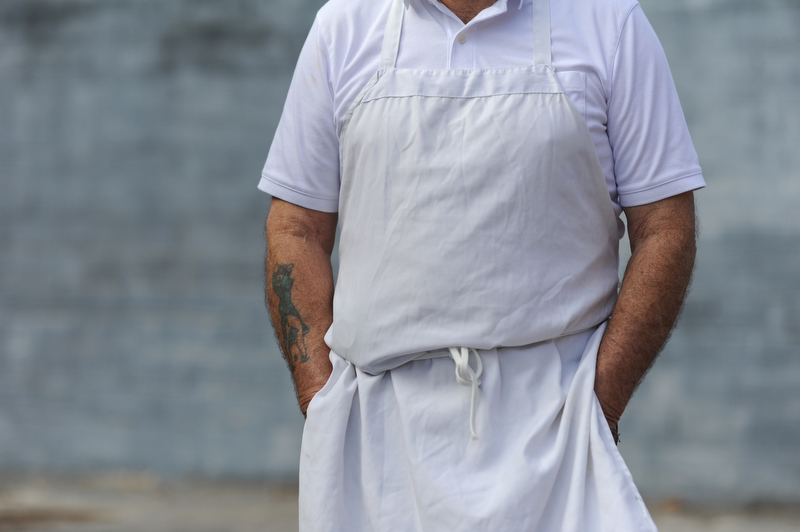 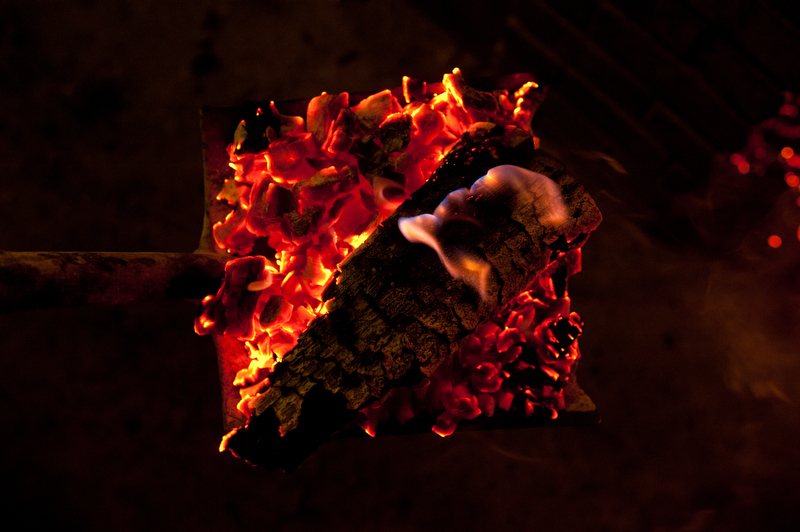 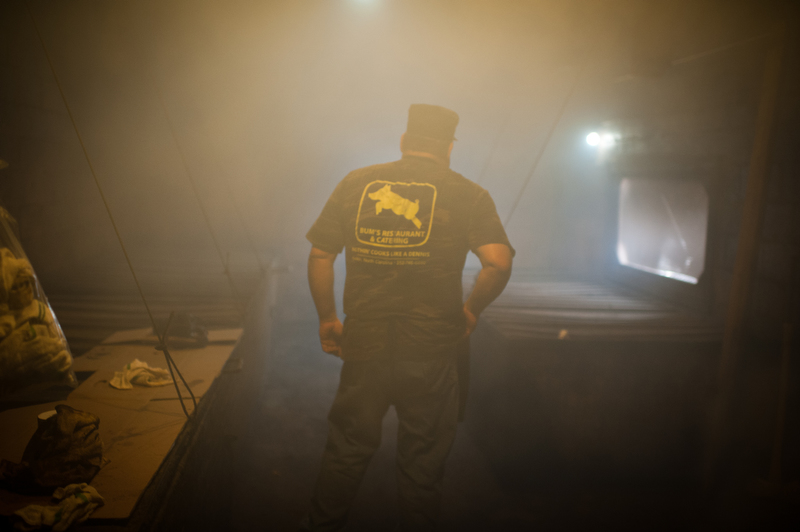